Basically, when we talk about chatbot it is a simple app over the web that utilizes a chat interface. In today’s digital industry, the Twitch platform generally uses chatbots or twitch bots. Twitch is a live-streaming platform that is tremendously popular among the gaming industry. And last February 2018, Twitch already garnered around 15 million active users per day.

The main service of Twitch is primarily a video-streaming. However, it is not just a plain video viewing. Twitch video-streaming service consists of live-chat system. With this feature, users are allowed to have an interaction with the streamers during their streaming session. This Twitch service establishes a real interactive appeal rather than a simple live stream viewing.

Since Twitch caters a live-chat system, it would be extremely challenging for them to operate a fast-moving live-chat environment. Having hundred thousand participants and active users per day is somehow unmanageable for human moderators to handle that. However, because of the need to manage this huge numbers of users, Twitch bots came out of the blue. And it is very easy for these bots to control the system.

Bots contain groups of updated filters for spam and scheduled posts. Commands are also included in the bots features which permit the streamers to reply to basic inquiries without repeating it to themselves. Bots also have features that give emphasis on the viewers. These features include polls, song requester, giveaways, and even the responsibility to account avid viewers as “regulars”.

Uses of bots with some illegitimacy 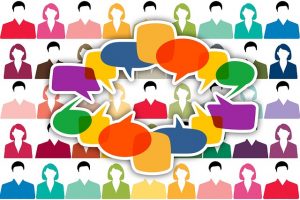 On Twitch environment, when we discuss about bots, twitch view bot can also be touched. An essential attribute of Twitch is that the presence of bots and actual viewers is indistinguishable. With this fact, bots can affect the numbers of viewers and followers of the streamers. In addition to that, the count of comments for certain streamers can also be inflated. Using bots is generally a big problem that the Twitch industry is facing due to the reason that Twitch mainly depends on advertising and sole partnership. It’s like web hosting, knowing the terms and understanding the process.

Twitch made up a decision to sue the creators of most common and popular view bots.